One of her Kind

Music for an animated short film.

The cyborg M1A is one of the last half-human beings in the world. Driven by hope and volition, she wants to find another cyborg, maybe the last other creature of her kind, so she starts on a journey that leads her through the dull mechanised world.

Musical Idea
Dystopian, dirty, dismal, oppressive, daunting, enormous, hopeless. A mixture of metallic textures and organic strings.
The orchestral elements represent the human aspect that still exists in the protagonist M1A, whereas mechanical textures show the mechanised world. These sounds were created by digital sources as well as audio recordings. To emphasise M1A’s human aspect, I recorded breathing and my own voice.
As I felt like distinct melodies as leitmotifs would destroy the overall atmosphere, I assigned only a single note to M1A’s character, sung by myself.

The chord sequence accompanies M1A’s way down into a dirty crater, maybe into her death. At first there seems to be a little bit of hope, but then the sequence keeps descending, as M1A does in the elevator.
M1A’s journey into the increasingly mechanized world is coloured by morphing and altering the organic, natural sounds into more digital and artificial ones. 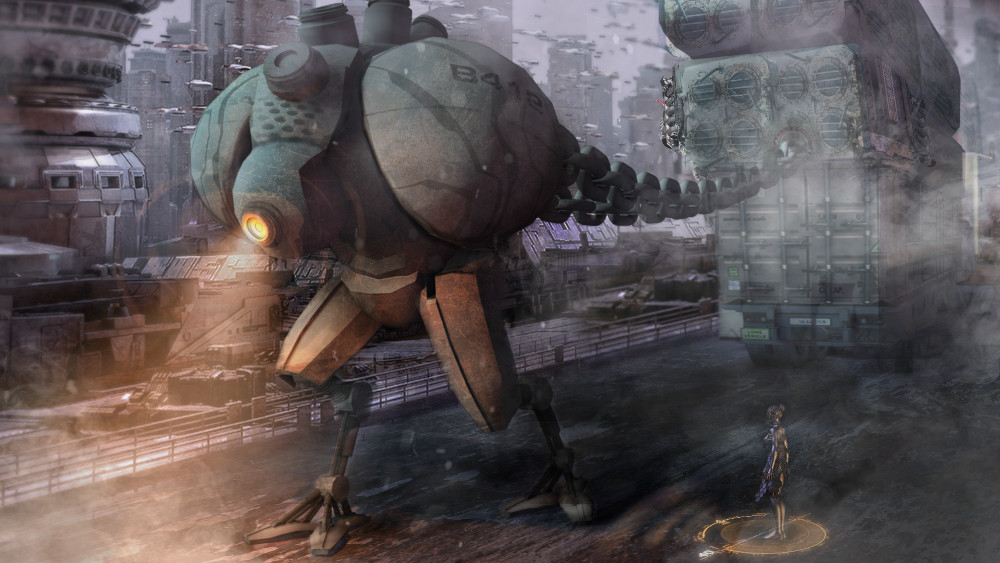